Stories are usually narrated either in the first person (I, me, we, us) or the third person (he, she, it, they). Neither is right or wrong; they are just different. 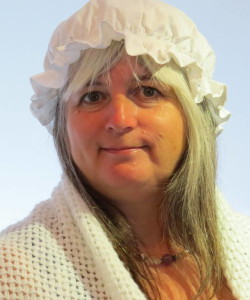 Here is an example from a story narrated in the first person, from Beech Bank Girls, Christmas is Coming by Eleanor Watkins: 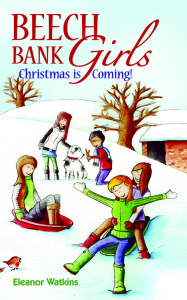 I cried too, at first, when I heard the news, but only for a bit. I couldn’t believe it. And then I started to get angry. Questions buzzed in my mind. Why do people have to die when there are people they love and who love them – and don’t want to be separated from? People who still need them. What’s the point of living a long, full life if it’s only going to end in death? What’s the point of being born at all?

These angry thoughts buzzed around my mind all day and kept me awake at night. Most of all, though I didn’t admit it even to myself at first, I was angry with God. Hadn’t we prayed and trusted him to make Grandad well again? Wasn’t he supposed to answer our prayers? If he didn’t or wouldn’t, what was the point of praying at all? Didn’t he hear, or didn’t he care?

Here’s an example from a story narrated in the third person, from The City Kid by Clive Lewis: 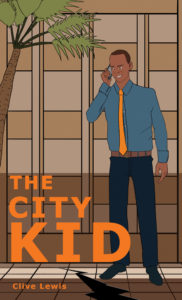 A repulsive mixture of vile smells hit him and he retched, spewing up much of the drink he had consumed the night before. With slow, painful effort, he sat up. As soon as he did so, his head jerked forward as he vomited once more. The thumping he had heard in his semi-conscious state did not come from a drum, but from a violent headache that seemed to be about to burst his head open. His whole body was throbbing with the pain of multiple bruising. He knew what a hangover was like, but this physical agony was like nothing he had experienced before.

For several minutes he sat there, unable to move, unable even to open his eyes except for a moment. Finally, he looked up, forcing his eyes to remain open. He was sitting next to a rubbish heap: piles of bottles, paper and rotting food had been dumped on a piece of waste ground. To one side there was a storm drain, oozing foul water and sewage. The eastern horizon was beginning to lighten with the morning sun. He could hear the droning of distant traffic, but no sounds came to him from nearby. He felt inside his pockets for his wallet, but his pockets were empty. His watch, his phone, his wallet were all gone. He had been robbed of everything but his clothes. He looked down at his feet: they had even taken his shoes.

You probably know all this . . . but have you tried writing from a different perspective to your usual choice recently?

Here’s a writing exercise for you: Take a page or so from your current writing, and change the point of view from first person to third person or third person to first person. What do you think? Let us know in the comments below, or come over to our facebook page and join in the conversation!

Every blessing with your writing,

P.S. We look at narrative point of view and perspective in a lot more detail in the Write for a Reason course. Please click here for more details.