I’ve recently been (slowly!) putting together 50 of the top tips from this blog into a little ebook. I thought it might be helpful to have some of the most useful in one place, to easily refer to? What I’ve done is pick out the ones I think would be the most helpful, edit them, improve them and in some places put two or three together. It’s been a nice little project for me to do while my mum wasn’t well, when it was difficult to work on new projects that needed a lot of thought. 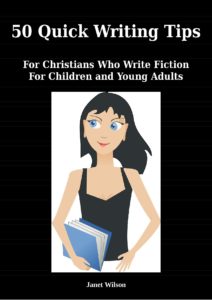 Over the next two or three weeks leading up to the book’s release I thought I would give you one of the new, re-worked tips, with a video as a plus (at least, I hope you think it’s a plus!).

To start us off, here’s a very simple re-worked tip about using the active instead of the passive voice. You would be surprised how many times I find the passive in unsolicited manuscripts, where an active would have been so much better, and a quick reminder never hurts (so easy to slip into without noticing).

The video (which won’t be in the book, it’s just for you :-)) comes first, then I’ve put the written tip as it will appear in the ebook a bit lower down:

In case you hadn’t guessed from the title, this writing tip is about use of the passive voice. Whether you are writing in the first person (I, me) or the third person (he, she or they), you want to get this right.

The difference between the passive and the active voice, is if your characters (or objects) are doing the action themselves (active), or if something is being done to them (passive).

Here are some examples:

The door was broken down in their haste to get in (passive).

They broke the door down in their haste to get in (active).

Their bags were stacked up by the door (passive).

The porter stacked their bags up by the door (active).

The baby was being carried by his mother (passive). The mother was carrying her baby (active).

So which is better? I think you’ll agree with me, that the active voice is better. It brings more immediacy to your story, is less vague, and generally uses less words. Three big ticks!

So don’t let things happen to you, or to your characters. Get on with the action yourself . . . or let your characters get stuck right into the plot.

Maybe you could take a look through your work in progress and see if you’ve used the passive tense when you could use the active? Go on, get as much action into your story as you can!

Trust you find that helpful!

Every blessing to you all in your writing,