A few days ago, several people lost their lives in a terrorist attack on London. The deaths were sudden and unexpected. Our hearts go out to the bereaved families.

Similar events have happened in Paris, Nice, Brussels . . . and in many other places all over the world. In our church, a family lost a young nephew/cousin last week in an plane crash in Zimbabwe. These tragic deaths are heartbreaking, and they remind us of the honest truth, that none of us knows how long we have to live. 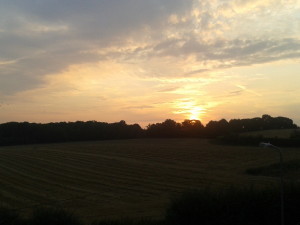 Marion Stroud was a Christian writer, who inspired many with her honest, witty, helpful books and devotional articles. I didn’t know her well, but met her on several occasions; the last time I saw her she told me she had terminal cancer, but that she would like to write one more book before she left this earth to be with the Lord. She didn’t get to do that, but she does leave a legacy of 30 books, which are still touching people’s lives now.

I have a novel I have started, that I am going to finish by 31st May this year. I’m telling you so you hold me to it; perhaps you would like to join me? After all, we’re all in this together! Imagine our stories, inspiring young people to follow the Lord, even after we are no longer here!

Let’s make sure we make the most of the time given to us,

P.S. The next Write for a Reason course starts next week. If you’ve been thinking about joining, don’t delay. You will take your writing to the next level – I know, because students tell me they do, over and over again. The course was written specifically for Christians who write stories for children and teens. You will receive lots of encouragement, and resources you can turn back to again and again, once the course is over. Join here. I look forward to seeing you there!